*This article contains spoilers for the film “Portrait of a Lady on Fire”.

I have always been a big fan of French cinema, as I find that their way of making films is so incredibly unique. This 2019 film from director Céline Sciamma reaffirmed my love for the genre. Every frame of this film is exquisite, captivating and stunning, and the story is incredibly enthralling, accompanied by a beautiful screenplay.

“Portrait of a Lady on Fire” is set in France in the 1700s. The film details the story of Marianne (played by Noémie Merlant) and her brief romance with Héloïse (played by Adèle Haenel). Marianne is a talented painter who was instructed to paint Héloïse‘s portrait that would be sent to a suitor in Milan who she was due to marry. A previous painter tried to paint Héloïse‘s portrait, but she refused to pose. Marianne must paint Héloïse without her knowing. She accompanies Héloïse on walks along the beach and then paints her portrait at night. The two women then form a romance over this time.

The performances from the two leads were mesmerising, and I felt like I was in the world of the film with them in every single scene. I was able to become so absorbed in the film’s story, setting and characters. As this movie was directed by a woman, I feel that the portrayal of the wide spectrum of feminine love was done with such tenderness and accuracy, from romantic love to platonic love between women. I feel as if the movie would not possess the same beauty if it was created through a man’s eyes, as this could potentially lead to the sexualisation of the two main characters.

The love that Héloïse and Marianne shared for one another was so pure and beautiful to watch. Sex came secondary to the plotline, so much so that on-screen sex was never shown (it was only insinuated through symbolism) as it had no need to be shown to reaffirm to the audience that Héloïse and Marianne were in a sexual relationship. The two women expressed their love for each other through their words and the way that they held each other in both the quieter and louder moments of the film. 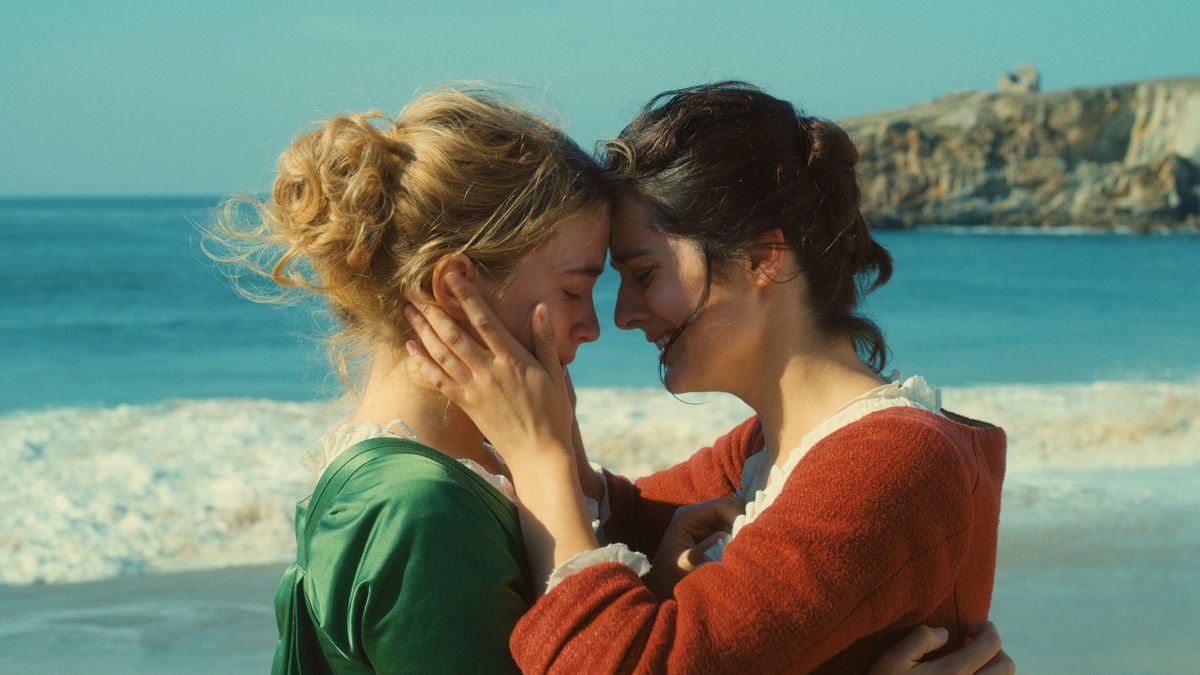 The cinematography was absolutely stunning, both in aspects of color and the types of shots/camera angles used throughout the film. Every shot of the film bursts with vibrant colors. The visuals were stunning to watch. I usually have difficulty connecting with period pieces, but I think the movie presented the universal themes of love, heartbreak, death, and depression so brilliantly that anyone could relate to the characters in the film. It built up the growing feeling of new love between the two women so well, that the audience is positioned to feel every emotion with them. The movie builds up to the final frame (which is held on Héloïse’s face for about 2-3 minutes while the intense “Summer” from Vivaldi’s “The Four Seasons” plays in the background- a piece that Marianne loves.), which is a release of pure, unadulterated emotion from Héloïse (fantastic acting from Haenel in this scene). You can feel her heartbreak through the screen. This feeling is amplified by the knowledge that Marianne is sitting across the music hall, watching Héloïse. Héloïse doesn’t know this, but the viewer does.

I could write so much more about this film, but I would spoil too much! I highly recommend that you go and watch this movie because it truly is a masterpiece and one of the best films in 2019. Words truly can not describe how incredible this movie is, and it is something that you must experience for yourself.

“Portrait of A Lady on Fire” is released in Australia on the 26th of December 2019.

View all posts by Madison Payne